FROM the 2014 solo exhibition at Galerie D'Este Montreal From the press release... ....The Cleveland-based artist addresses the destructive consequences of human presence in the natural landscape and creates an interrelationship between natural and industrial elements in his works on linen canvas where acrylic paint and graphite coincide.

The artist’s exploration of rejected territory, “bad land”, and the continuum of exploitation and fertilization is multifaceted. The title of the exhibition refers to the historical names of the area of the present Badlands National Park in South Dakota, which has borne the name “bad land” going back hundreds of years in English, French and Lakota. Taking inspiration from this environment, which while naturally hostile to human habitation is ideal for wildlife, Curlowe explores human-made “bad lands” as well. Most of the sites depicted are single-industry mining towns (Liddy, Montana; Centralia, Pennsylvania; and Asbestos, Quebec) chosen for the effects human exploitation have had on the surrounding landscape. Some of these towns have been devastated by natural disasters caused, at least in part, by human exploitation, a process which fascinates the artist and reveals the interrelationship of human and earthly forces. Curlowe reveals the sublime in both the landscapes and in the problems they contain. The parallel is also drawn to Curlowe’s adopted city of Cleveland, which suffered economically along with other Rust Belt towns and was left with uninhabited, potentially dangerous neighbourhoods which have been subsequently colonized by artists. The cycle of overuse, fallowness and renewal is depicted at various stages, and Curlowe describes his work as referencing the landscapes of both his present and his past.

Born in 1984 in Schenectady, New York, Curlowe obtained his BFA at Montserrat College of Art in Beverly, Massachusetts in 2006 and moved to Cleveland shortly afterward. In 2013, Curlowe received the CPAC Creative Workforce Fellowship grant. He has exhibited in solo and group exhibitions throughout the United States. This is his first solo exhibition at Galerie D’Este. 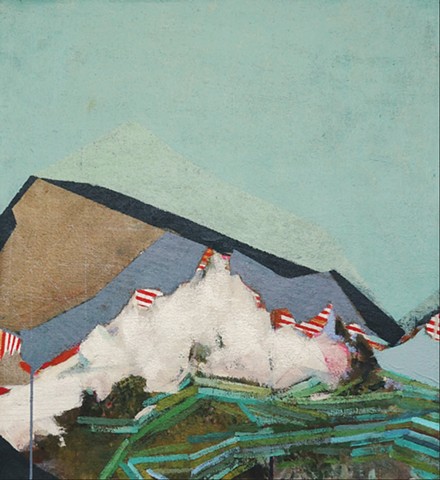 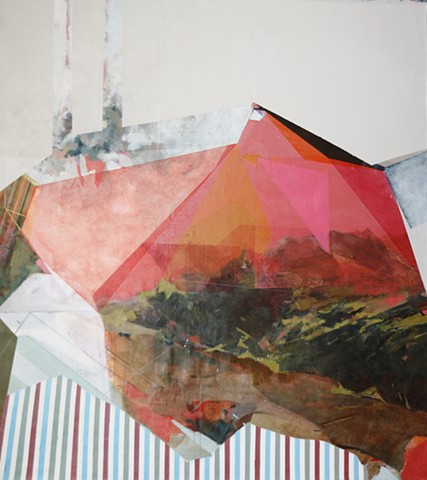 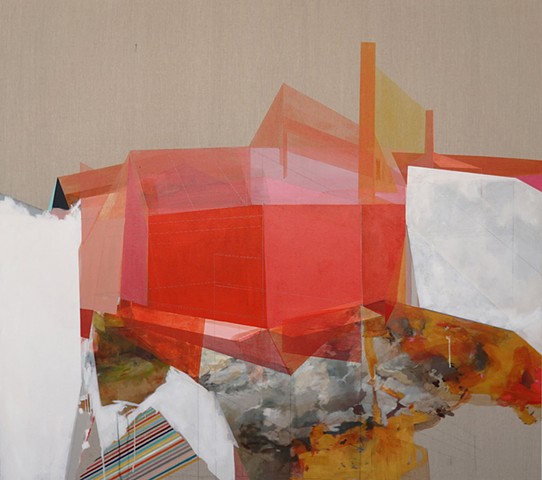 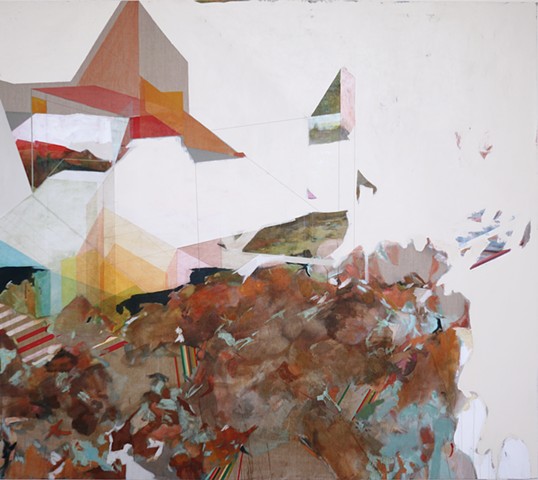 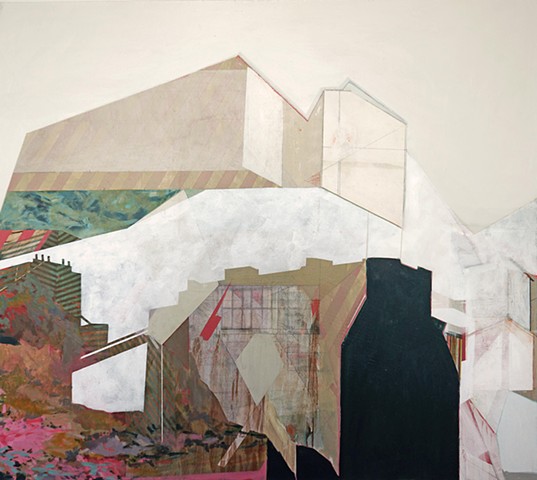 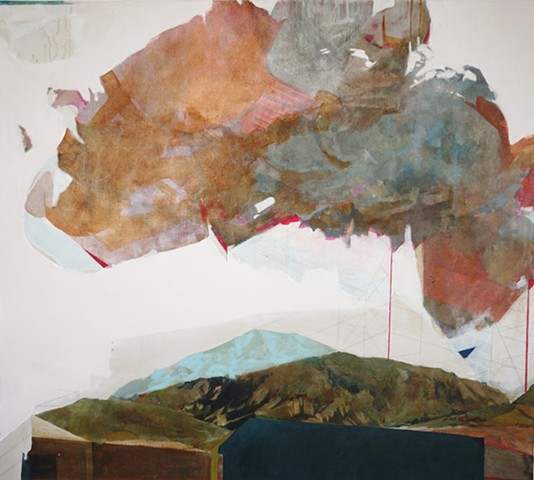 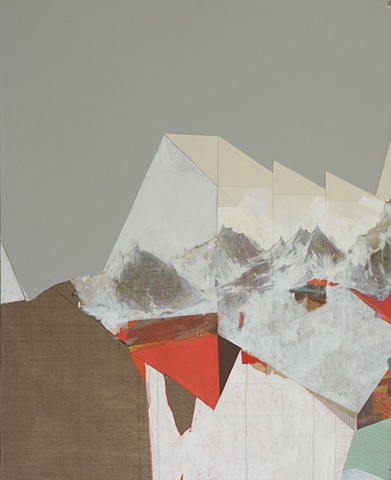 Bad Land I
Acrylic, collage and pencil on linen 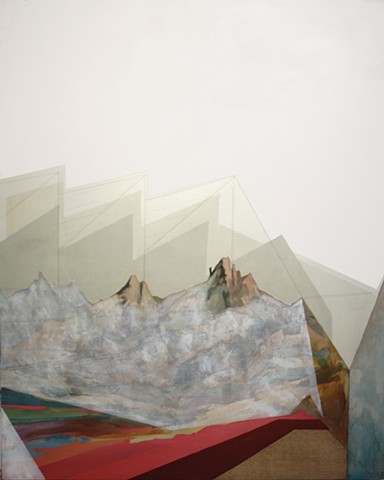 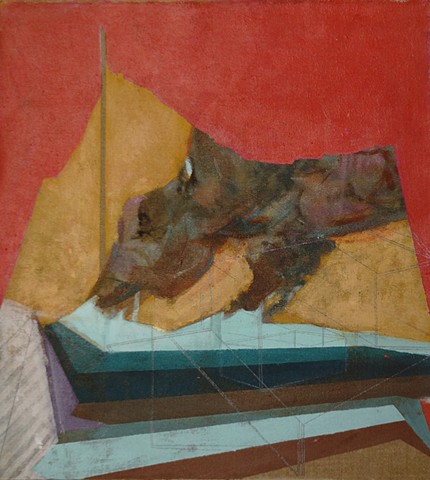 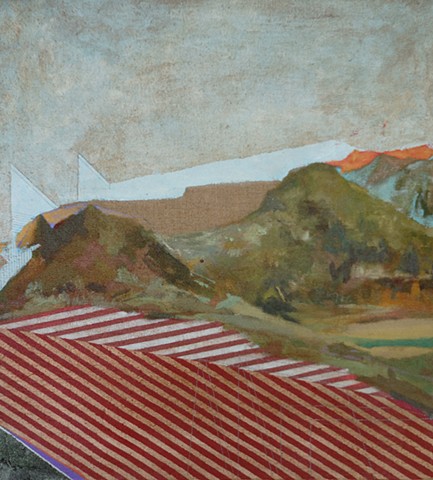 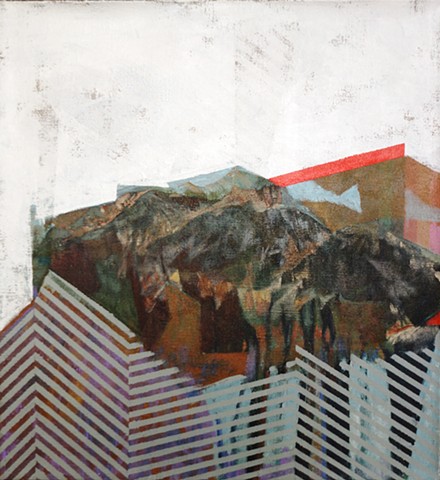 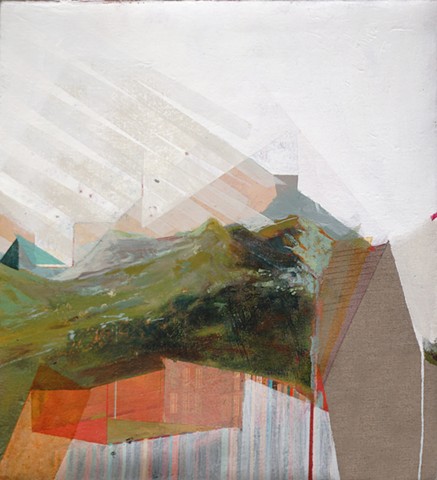 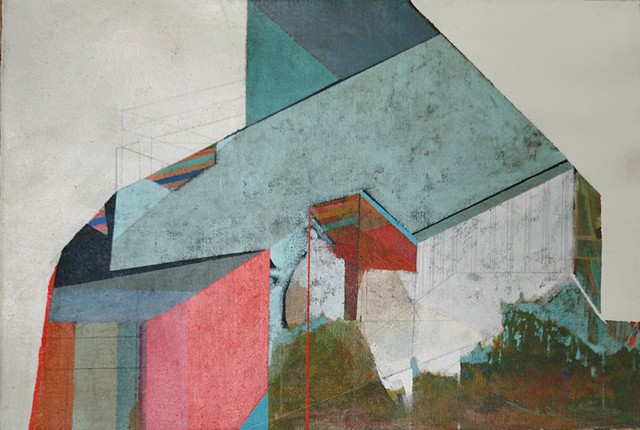 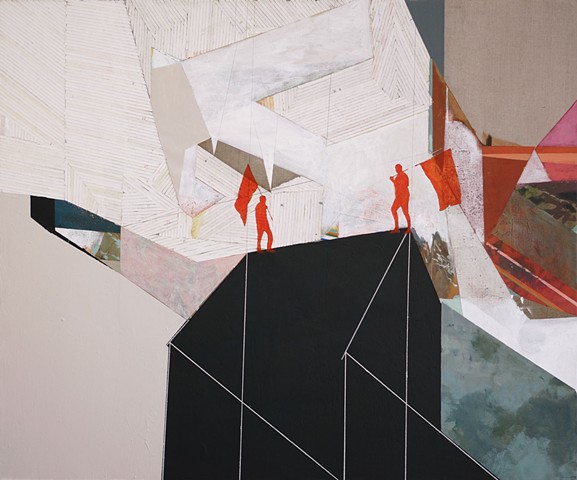 This Now Belongs to Us II
Acrylic, collage and pencil on linen 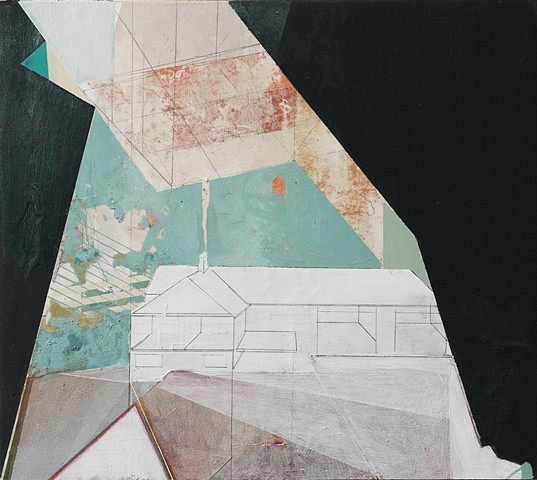